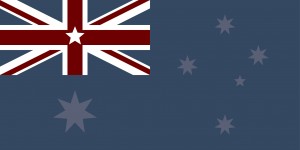 Austral is an imagi-nation on the Persian Gulf north of Bahrain, south of Kuwait around Al Jubail. I generated it using “Not Just a Brush War“. This is a campaign generator for modern wargames that has a nifty system for generating imagi-nations. Using a series of charts and die rolls, you can quickly generate hypothetical nations. I highly recommend it–$5.99 at Wargames Vault.

To start, I decided I wanted an imagi-nation in the Middle East, probably in the Persian Gulf region. The base year of the campaign would be 2010.

In a few minutes, I generated the following nation: 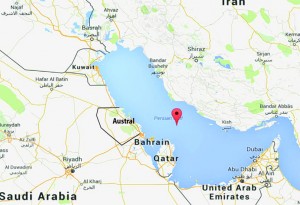 OK, so we have a small, relatively advanced and democratic nation that is very popular with its citizens. It follows a major religion, but not Islam. It has a strong relationship with a superpower. Poor infrastructure and serious drug problems. Well trained and high morale army, particularly for the region. Very sparse Air Force. Hmmmnn…sorta sounds like Israel, except for the sparse Air Force. However, Russia is its main weapons supplier. I’ll therefore interpret its superpower alliance as being with Russia. It’s dominant religion is Russian Orthodox Christianity, which explains its close relationship with Russia. I have a certain fondness for Russians and Australians, so it’s populated with descendants from those two countries. Since it is a constitutional monarchy, it is named “The Kingdom of Austral”. “Because Austria and Australia Aren’t Confusing Enough” — state motto of Austral.

To provide an interesting variety of opponents, I’ll place it in the Persian Gulf region, bordering Saudi Arabia and near a couple of other Gulf states.

A quirk of geography makes it fertile and well-watered compared to its neighbors and it exports various types of high grade lumber, which is a valuable building material in a mostly desert region. This, combined with a strong cultural bias towards education, provides a strong and vibrant economy. There are cultural stresses between the high tech workers in the cities and the ranchers and farmers in the countryside, but nothing serious.

The Kingdom of Austral was settled in the late 1800s by a polyglot group of Australian men and Russian women. The Australians were actually kicked out of Australia for their rowdy behavior. An impressive accomplishment given that Australia was entirely populated with criminals at the time. Actually, they were mainly followers of Ned Kelly, and were considered political undesirables. Since executing them out of hand wasn’t practical, the Australian government told them that there was gold in the Arabian desert and offered free passage to the coast of the Persian Gulf. The Russian women were brought in by a Russian/Australian entrepreneur Ivan Ilyovich O’Toole as brides. The Russian women brought their religious beliefs and the Australian men more or less recreated the British system of governance. With modern weapons, organization and the Maxim gun, they carved a European style nation out of the desert.

After supporting the Allies in WWII, Austral became fully independent in 1946. Austral has very modest oil reserves, so it isn’t considered a strategic ally by the US or Western Europe. In addition, it’s strained relations with key US Arab allies like Saudi Arabia have prevented a strategic alliance with the US or Europe. This, plus religious and ethnic ties, has caused Austral to maintain very cordial relations with the Soviet Union and later Russia. Australia and New Zealand are also friendly with Austral, if somewhat embarrassed by their propensity for drinking and brawling.

In the 1990s, border tensions with the Saudis and other Gulf states caused Austral to purchase significant quantities of modern Russian hardware. Currently, Muslim terrorist groups are smuggling large quantities of “other tears of Allah” (high quality Australian lager with increased alcohol content) into Austral, which is causing problems. Alcoholism has always been a social issue in Austral — Russians and Australians; whaddaya expect? Austral is threatening military action against smuggler bases if the Gulf States don’t solve the problem. Some of the wilder Austral politicians have even called for commando raids against breweries in Australia itself!

Even more troubling, all signs point to Austral and Saudi Arabia meeting in the Worldish Cup Soccer Championship being hosted in Kuwait City this year. Austral’s soccer hooligans are world renowned and are the only non-British that are granted honorary membership by the United Kingdom Brotherhood of Soccer Hooliganism.

Austral has fought several wars in the past against the Saudis and allied nations, but has prevailed (though not decisively). Various Saudi and Iranian financed Muslim terrorist groups are also active in Austral, but have not seriously disrupted the nation’s economy yet.

Austral’s head of state is Queen Catherine O’Toole Dundee (aka “Queen Kathy”). She is generally despised by most world leaders because she is (a) female; (b) very capable; and (c) VERY attractive. Its prime minister is Malcolm Tucker, a British expatriate who emigrated to Austral in the late 1990s. His acerbic nature (and extremely close relationship with Queen Kathy and her consort “Chips” Dundee) has strained relations with the various Gulf states.

So…a relatively capable Russian equipped force against a poorer quality Arab force lavishly equipped with US and European gear. Should be interesting.